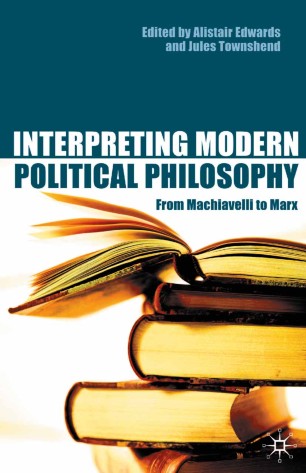 From Machiavelli to Marx

The interpretive literature in the history of political thought is now vast, complex and esoteric, posing as much a barrier to the understanding of the undergraduate student as it offers assistance. This unique and innovative text provides the student with a guide through this maze of argument. Each chapter sets out the major positions and debates that surround the texts of key thinkers, analyzes major problems of interpreting them, examines the sources of disagreement, and evaluates the different interpretations in terms of their strengths, weaknesses and contributions to scholarship.

ALISTAIR EDWARDS is Lecturer in Political Thought, University of Manchester.