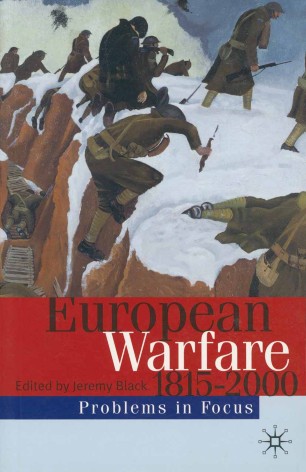 In this up-to-date account of European warfare since 1815, important treatments of major conflicts - especially World Wars I and II - are combined with insightful analyses of military developments and of their wider political and social contexts. European imperial warfare also receives due attention. European Warfare 1815-2000 recognises war as a topic of major importance in understanding the development of the modern world, particularly Europe. The contributors, all leading experts in their fields, are open to theoretical developments in the subject, but also understand the difficulty of 'fitting' war to any abstract model. Ranging up to the present, this is an original and fascinating volume.

JEREMY BLACK is Professor of History at the University of Exeter. His books include War and the World 1450-2000 and War in the New Century