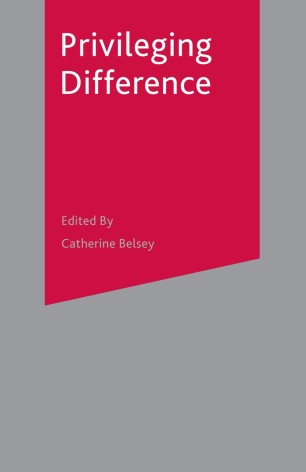 Difference, the key term in deconstruction, has broken free of its rigorous philosophical context in the work of Jacques Derrida, and turned into an excuse for doing theory the easy way. Celebrating variety for its own sake, Antony Easthope argues, cultural criticism too readily ignores the role of the text itself in addressing the desire of the reader. With characteristic directness, he takes to task the foremost theorists of the current generation one by one, including Edward Said and Homi Bhabha, Dona Haraway, Rosi Braidotti and Judith Butler. In a final tour de force, he contrasts what he calls the two Jakes, Jacques Lacan and Jacques Derrida, to bring out the way their respective theories need each other. The book is vintage Easthope: wide-ranging, fearless, witty and a radical challenge to complacency wherever it is to be found.