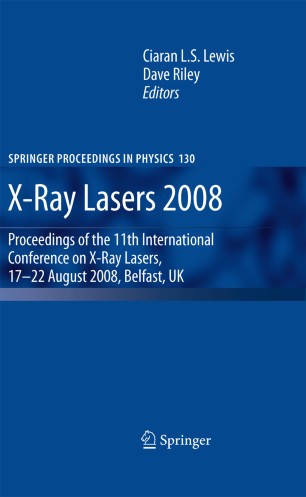 This book provides a thorough account of the current status of achievements made in the area of soft X-ray laser source development and of the increasingly diverse applications being demonstrated using such radiation sources.

There is significant effort worldwide to develop very bright, short duration radiation sources in the X-ray spectral region – driven by the multitude of potential applications in all branches of science. This book contains updates on several different approaches for comparative purposes but concentrates on developments in the area of laser-produced plasmas, whereby transient population inversion and gain between ion states is pumped by optical lasers interacting with pre-formed plasmas. The most significant development here is the demonstrated increasing feasibility to produce useful soft X-ray laser beams with high repetition rates in a typical, small, university-class laboratory – as opposed to the requirement of access to a national facility some 20 years ago.

Experimental progress and the underlying theory associated with different plasma-based soft X-ray laser schemes are covered. In particular, grazing incidence pumping of transient collisional X-ray lasers, injection seeding of amplifiers and beam characterisation techniques are discussed in detail. The justification for this work is clearly demonstrated in the large section describing the wide-ranging applications now possible in areas as diverse as biology, chemistry and materials science, as well as in plasma physics itself. Plans and projections for new work are also presented, boding well for the future of the subject area.