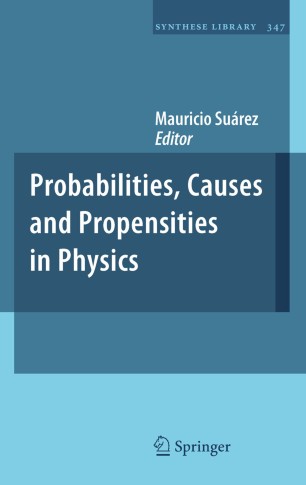 Probabilities, Causes and Propensities in Physics

This volume defends a novel approach to the philosophy of physics: it is the first book devoted to a comparative study of probability, causality, and propensity, and their various interrelations, within the context of contemporary physics -- particularly quantum and statistical physics. The philosophical debates and distinctions are firmly grounded upon examples from actual physics, thus exemplifying a robustly empiricist approach. The essays, by both prominent scholars in the field and promising young researchers, constitute a pioneer effort in bringing out the connections between probabilistic, causal and dispositional aspects of the quantum domain. The book will appeal to specialists in philosophy and foundations of physics, philosophy of science in general, metaphysics, ontology of physics theories, and philosophy of probability.