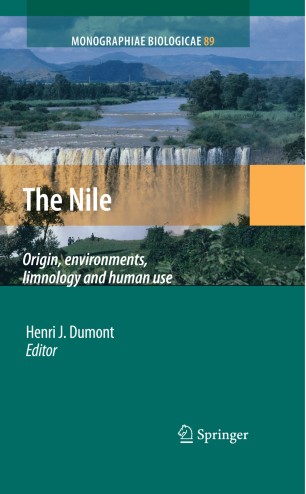 Origin, Environments, Limnology and Human Use

The book discusses the Nile basin from a holistic point of view, giving due attention to its geological history, hydrology, climate, and the full diversity of subsystems like lakes and swamps. It discusses at length the biota of the basin, and derives general conclusions on the biodiversity of the plants and animals that inhabit it. It also examines the effects of human interventions, mainly dam building, but also pollution and eutrophication. It ends with several contributions on the natural resource value of water, and the constraints this imposes on the policies of the riparian states.