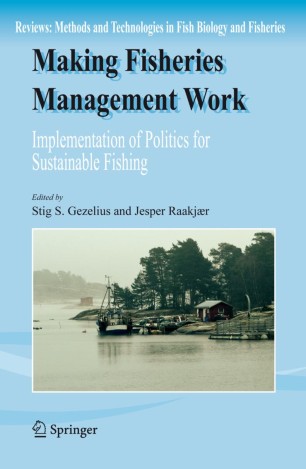 Tagging and Tracking of Marine Animals with Electronic Devices

Part of the Reviews: Methods and Technologies in Fish Biology and Fisheries book series (REME, volume 9)

The 2nd international tagging and tracking symposium was held in San Sebastian, Spain, in October 2007, seven years after the first symposium was held in Hawaii in 2000 (Sibert and Nielsen 2001). In the intervening seven years, there have been major advances in both the capability and reliability of electronic tags and analytical approaches for geolocation of tagged animals in marine habitats. Advances such as increased data storage capacity, sensor development, and tag miniaturization have allowed researchers to track a much wider array of marine animals, not just large and charismatic species. Importantly, data returned by these tags are now being used in population analyses and movement simulations that can be directly utilized in stock assessments and other management applications. Papers in this volume are divided into three sections, the first describing insights in behavior achieved using acoustic, archival, and novel tags, the second reporting on advances in methods of geolocation, while the final section includes contributions where tag data have been used in management of marine species. Accurate documentation of animal movements and behaviors in critical marine habitats are impossible to obtain with other technologies. The management and conservation of marine species are critical in today’s changing ocean environment and as electronic tags become more accurate and functional for a diversity of organisms their application continues to grow, setting new standards in science and technology.