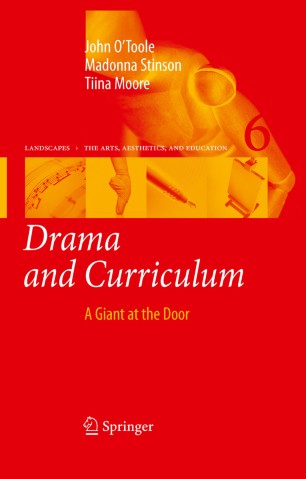 A Giant at the Door

Part of the Landscapes: the Arts, Aesthetics, and Education book series (LAAE, volume 6)

Written by drama practitioners/theorists, this book critically investigates the long, complex and ambivalent shared history of drama (and theatre) and education, formal and informal. The broad sweep takes in key historical and contemporary figures and their influences on drama education practice, including the ‘speech and drama’ movement, drama- and theatre-in-education, drama therapy and psychodrama, and emergent forms such as Applied Theatre. In its journey through play in the early years to the play on the stage, the book identifies and explains drama’s four paradigms of purpose: for language, for development, as pedagogy and as art-form. It shows how these interweave in highly intricate ways to provide different kinds of learning for different contexts, and how they sometimes become tangled in practice and theory, in the constant efforts of drama and theatre practitioners to get drama established in the curriculum, and keep it there.