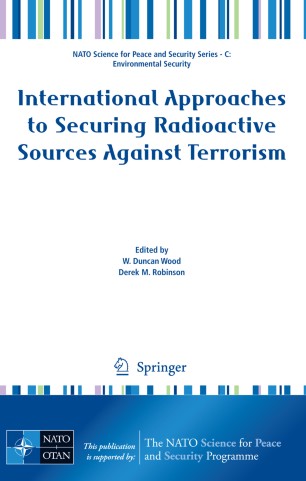 As a result of arms control efforts over the past 50 years, nuclear material is subject to strict national controls and tough international treaties. But there are still almost no controls, other than a voluntary International Atomic Energy Agency code of conduct, on the sorts of radiological sources used to make radiological dirty bombs. Radiological sources are used all over the world for a wide range of peaceful purposes, including smoke detectors, medical devices, meteorology, mining and thermoelectric generators. There are at least eight million identified radiological sources worldwide. Their small size, portability and high value make them vulnerable to misuse and theft: the IAEA reported 272 cases of illicit trafficking in sealed radioactive sources between 1993 and 2002.

The IAEA estimates that 110 countries worldwide still fail to impose adequate controls. The time is ripe for an international convention and treaty on the safety and security of radiological sources.

This book covers expert discussions designed to enhance cooperation and assistance between NATO and Partner countries in support of International Atomic Energy Agency (IAEA) efforts to secure radioactive sources against the threat of terrorism and also to support the security agenda at the International Radiation Protection Association Congress in Buenos Aires in 2008.