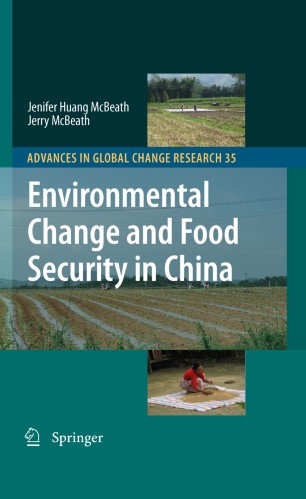 With 22 percent of the world’s population but only 7 percent of its arable land, China’s food situation is a matter of global concern. Environmental Change and Food Security in China, is the first to introduce comprehensively the threats to China’s system of food production, distribution, and consumption. It analyzes broad challenges of population growth, urbanization, and extraordinarily rapid economic development. Then it focuses on degradation of China’s land, water and air, water sufficiency, and evidence of climate change effects as they adversely affect the food system. The study investigates plant diseases and pests which take a large toll on agricultural production and also considers alien invasive species.

Normal bureaucratic routines of agricultural, land, water, climatological, and environmental agencies are inadequate to counter these challenges, and the regime has launched large projects (e.g., the South-North Water Diversion Project) and conducted national campaigns (e.g., re- and afforestation programs) which are unprecedented in their scope. Also, China has invested more heavily in agricultural biotechnology research than any other developing country. These responses have insured self-sufficiency in food staples to the present.

The volume evaluates several future problems and issues in China’s approach to food security. Despite attempts to tighten coordination of policy and improve enforcement, as seen in efforts to resolve the tainted products crisis of 2007, the increased autonomy of local governments often frustrates green and clean ambitions of the state. Although the regime has tolerated environmental and other NGOs, allowed the media greater latitude to report bad news, and permitted protests that do not challenge the communist party’s authority, still civil society is weak. While economic development has lifted more than 200 million from poverty, rural/urban inequality increases, pushing the poor into China’s cities, and access to food remains a problem for many.