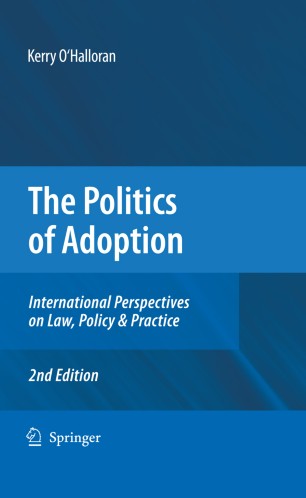 The Politics of Adoption

This book updates and significantly extends the first edition published by Springer in 2005. It addresses the social and legal functions of adoption, the changes currently taking place in England & Wales and developments in other common law countries. It identifies themes of commonality and difference in the experience of adoption in a common law context as compared and contrasted with that of civil law countries, other cultures in Asia and with the experience of indigenous peoples. It uses the international Conventions and associated ECtHR case law to benchmark developments in national law, policy and practice and to facilitate a cross-cultural comparative analysis. Like the first edition, this book will fit most comfortably in undergrad & postgrad Law and Social Work courses; also it would be relevant to sociology and politics.

This book aims to provide an analysis of adoption law, policy & practice in a common law context and to compare and contrast this with the equivalent experience of other cultures. It basically -