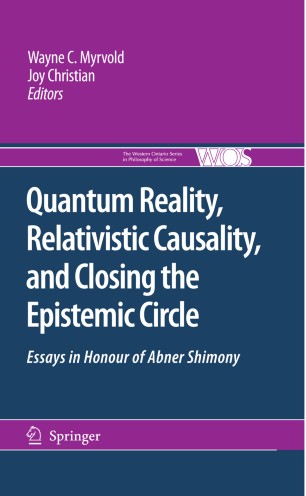 Essays in Honour of Abner Shimony

Part of the The Western Ontario Series in Philosophy of Science book series (WONS, volume 73)

In July 2006, a major international conference was held at the Perimeter Institute for Theoretical Physics, Canada, to celebrate the career and work of a remarkable man of letters. Abner Shimony, who is well known for his pioneering contributions to foundations of quantum mechanics, is a physicist as well as a philosopher, and is highly respected among the intellectuals of both communities. In line with Shimony’s conviction that philosophical investigation is not to be divorced from theoretical and empirical work in the sciences, the conference brought together leading theoretical physicists, experimentalists, as well as philosophers. This book collects twenty-three original essays stemming from the conference, on topics including history and methodology of science, Bell's theorem, probability theory, the uncertainty principle, stochastic modifications of quantum mechanics, and relativity theory. It ends with a transcript of a fascinating discussion between Lee Smolin and Shimony, ranging over the entire spectrum of Shimony's wide-ranging contributions to philosophy, science, and philosophy of science.