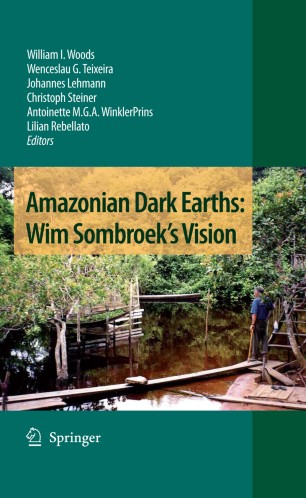 Amazonian soils are almost universally thought of as extremely forbidding. However, it is now clear that complex societies with large, sedentary populations were present for over a millennium before European contact. Associated with these are tracts of anomalously fertile, dark soils termed terra preta or dark earths. These soils are presently an important agricultural resource within Amazonia and provide a model for developing long-term future sustainability of food production in tropical environments. The late Dutch soil scientist Wim Sombroek (1934-2003) was instrumental in bringing the significance of these soils to the attention of the world over four decades ago.
Wim saw not only the possibilities of improving the lives of small holders throughout the world with simple carbon based soil technologies, but was an early proponent of the positive synergies also achieved in regards to carbon sequestration and global climatic change abatement. Wim’s vision was to form a multidisciplinary group whose members maintained the ideal of open collaboration toward the attainment of shared goals. Always encouraged and often shaped by Wim, this free association of international scholars termed the Terra Preta Nova Group came together in 2001 and has flourished. This effort has been defined by enormous productivity. Wim who is never far from any of our minds and hearts, would have loved to share the great experience of seeing the fruits of his vision as demonstrated in this volume.