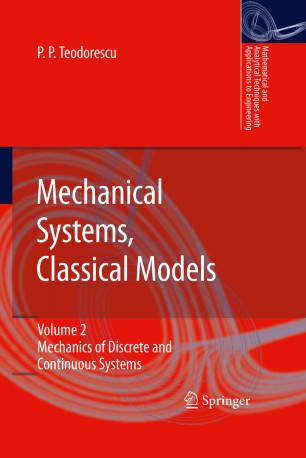 This second volume of Mechanical Systems, Classical Models, deals with the dynamics of systems consisting of discrete particles as well as continuous systems. While differences between these models are highlighted, the generality of the proofs and corresponding computations yields results that are expressed in a common form for both discrete and continuous systems. The author explains in detail all important aspects of the science of mechanics, regarded as a natural science, and shows how they are useful in understanding important natural phenomena and solving problems of interest in applied and engineering sciences. A large variety of problems are analyzed, from the traditional to more recent ones, such as the dynamics of rigid solids with variable mass. Professor Teodorescu has spent more that fifty years as a Professor of Mechanics at the University of Bucharest and this book relies on the extensive literature on the subject as well as the author's original contributions.