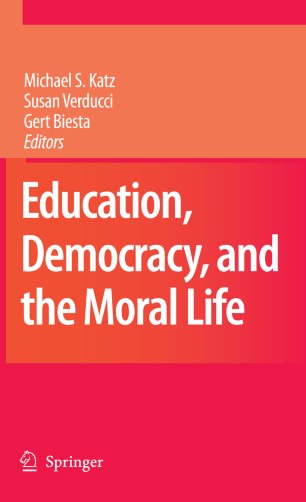 Education, Democracy, and the Moral Life

The essays in this book explore the interconnections between democracy, education and the moral life. Rarely are all three engaged and integrated at once so that issues in political and moral theory apply directly to critical issues in education. The authors discuss such questions as the responsibility of education and its institutions to cultivate socially responsible and critically literate democratic citizens; the challenge of cultivating democratic patriotism in teaching American history; the relationship between inclusion and exclusion in democratic education; the role of blogs in enhancing democratic learning; the development of moral sensibility in students and its significance for democratic citizenship. The authors are among the leading educational theorists whose philosophical expertise is combined with a concrete knowledge of the practice of education.