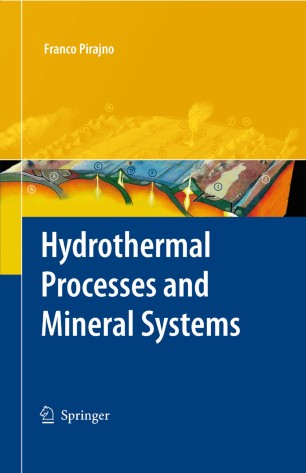 Hydrothermal processes on Earth have played an important role in the evolution of our planet. These processes link the lithosphere, hydrosphere and biosphere in continuously evolving dynamic systems. Terrestrial hydrothermal processes have been active since water condensed to form the hydrosphere, most probably from about 4.4 Ga. The circulation of hot aqueous solution (hydrothermal systems) at, and below, the Earth’s surface is ultimately driven by magmatic heat. This book presents an in-depth review of hydrothermal proceses and systems that form beneath the oceans and in intracontinental rifts, continental margins and magmatic arcs. The interaction of hydrothermal fluids with rockwalls, the hydrophere and the biophere, together with changes in their composition through time and space, contribute to the formation of a wide range of mineral deposit types and associated wallrock alteration. On Earth, sites of hydrothermal activity support varied ecosystems based on a range of chemotrophic microorganisms both at surface and in the subsurface. This book also provides an overview of hydrothermal systems associated with meteorite impacts and explores the possibility that hydrothermal processes operate on other terrestrial planets, such as Mars, or satellites of the outer planets such as Titan and Europa. Possible analogues of extraterrestrial putative hydrothermal processes pose the intriguing question of whether primitive life, as we know it, may exist or existed in these planetary bodies.

Audience: This volume will be of interest to scientists and researchers in geosciences and life sciences departments, as well as to professionals and scientists involved in mining and mineral exploration.