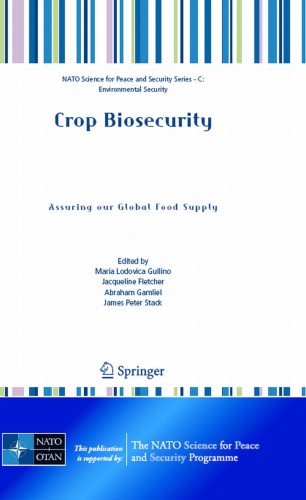 Prevention and preparedness are the two basic approaches to maximize food security against any sort of tampering, whether natural, inadvertent or intentional. The NATO funded project “Tools for crop biosecurity” was designed to strengthen the cooperation among U.S., Europe and Israel in the field of crop biosecurity and to generate awareness on how the psychological, economic and cultural consequences of crop bioterrorism, especially attacks on soft targets such as crop seeds, could have a disproportionate adverse effect on Mediterranean agriculture and, more generally, on society.

This book illustrates the achievements of the project originated from the workshops organized during the project itself taking in consideration main microbiological threads posed to crops, the tools to recognize and to control them, the needs for international cooperation and research funds to create networks which can face emerging risks for agriculture.