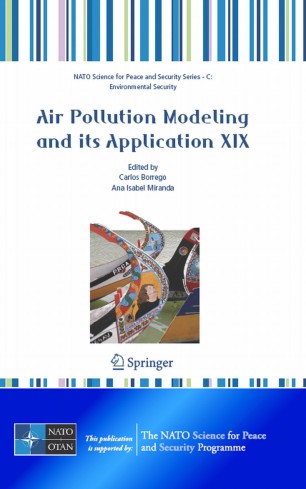 In 1969, the North Atlantic Treaty Organization (NATO) established the C- mittee on Challenges of Modern Society (CCMS). The subject of air pollution was from the start one of the priority problems under study within the framework of various pilot studies undertaken by this committee. The organization of a periodic conference dealing with air pollution modelling and its application has become one of the main activities within the pilot study relating to air pollution. The first five international conferences were organized by the United States as the pilot country, the second five by the Federal Republic of Germany, the third five by Belgium, the fourth four by The Netherlands, the next five by Denmark and the last five by Portugal. This volume contains the abstracts of papers and posters presented at the 29th NATO/CCMS International Technical Meeting on Air Pollution Modelling and Its Application, held in Aveiro, Portugal, during September 24–28, 2007. This ITM was organized by the University of Aveiro, Portugal (Pilot Country and Host Organization). The key topics distinguished at this ITM included: Local and urban scale modelling; Regional and intercontinental modelling; Data assimilation and air quality forecasting; Model assessment and verification; Aerosols in the atmosphere; Interactions between climate change and air quality; Air quality and human health.