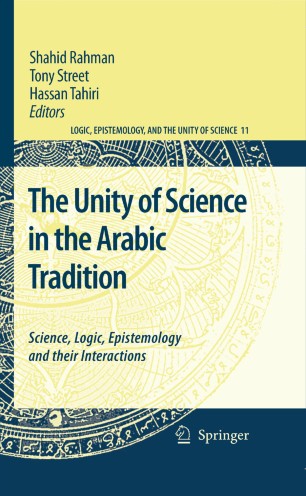 The Unity of Science in the Arabic Tradition

Science, Logic, Epistemology and their Interactions

Part of the Logic, Epistemology, and The Unity of Science book series (LEUS, volume 11)

the demise of the logical positivism programme. The answers given to these qu- tions have deepened the already existing gap between philosophy and the history and practice of science. While the positivists argued for a spontaneous, steady and continuous growth of scientific knowledge the post-positivists make a strong case for a fundamental discontinuity in the development of science which can only be explained by extrascientific factors. The political, social and cultural environment, the argument goes on, determine both the questions and the terms in which they should be answered. Accordingly, the sociological and historical interpretation - volves in fact two kinds of discontinuity which are closely related: the discontinuity of science as such and the discontinuity of the more inclusive political and social context of its development. More precisely it explains the discontinuity of the former by the discontinuity of the latter subordinating in effect the history of science to the wider political and social history. The underlying idea is that each historical and - cial context generates scientific and philosophical questions of its own. From this point of view the question surrounding the nature of knowledge and its development are entirely new topics typical of the twentieth-century social context reflecting both the level and the scale of the development of science.