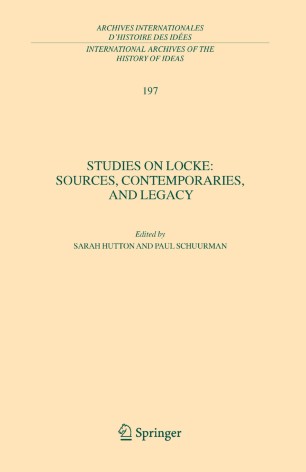 This collection of new essays on John Locke by a constellation of leading Locke scholars focuses on his philosophy, biography, sources and influence. The topics discussed here include his theory of ideas, his debt to Stoicism, his relations the Dry Club and with his translator, Pierre Coste, and the hitherto overlooked critique by Thomas Beconsall. A major emphasis of the collection is the relationship between Locke and seventeenth-century philosophers, Descartes, Hobbes, Cudworth, Bayle, Malebranche and Leibniz. The coverage of Locke’s legacy extends to into the eighteenth-century legacy as far as Rousseau and Kant