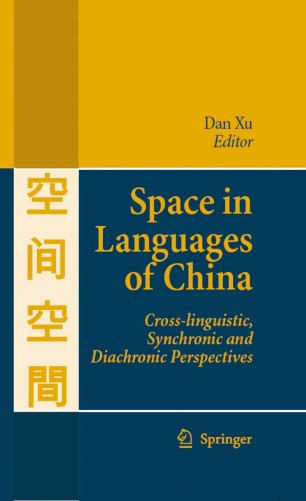 Space in Languages of China

Space has long been a popular topic in linguistic research. Numerous books on the subject have been published over the past decade. However, none of these books were based on linguistic data from Chinese and expressions of space in Chinese have been largely neglected in past research.

In this volume, not only Mandarin Chinese (the standard language) is investigated; several other dialects, as well as a minority language of China and Chinese Sign Language are studied. Cross-linguistic, synchronic and diachronic approaches are used to investigate phenomena related to space.

The authors of this book present different points of view on the expression of space in language and related theoretical issues. As the contributing scholars argue, Chinese shares many common features with other languages, but also presents some particular properties.

Space is a topic that is both classical and modern, of enduring interest. These studies of space give insight into not only general linguistics but also other domains such as anthropology and psychology.

Dan Xu is currently Professor of Chinese Linguistics at the Oriental Languages and Civilisations Institute of Paris (INALCO) in France. She graduated with a PhD in linguistics from the Sorbonne University in Paris in 1987, and completed her Habilitation à Diriger des Recherches from INALCO in 1998. She was elected and served as a Dean of the Chinese Department of the INALCO (2001-2004), and president of the Association of Chinese Research and Teaching in France (AREC, 2002-2004). In 2004 she was elected as a board member of the International Association of Chinese Linguistics.

"This book presents a collection of papers on the study of various linguistic and cognitive aspects of the category of space in different languages of china … . the volume provides the reader with a deep theoretical insight into the study of the language representation of space and it will foster further research based on the linguistic data from other language. … the book constitutes a rich source of information for the scholars from various branches of linguistics and other studies related to it." (Irina Borozdina, The Linguist, June, 2009)