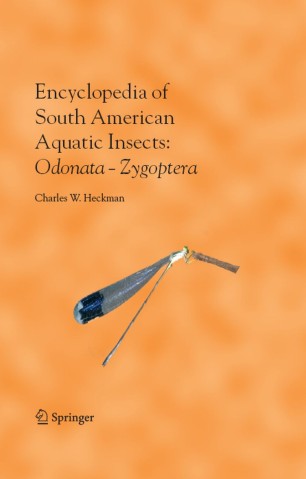 This work was begun to provide keys to the aquatic insect species known from Brazil. The original goal was to include all genera known from South America and all species from Brazil, but for most groups, the scope was expanded to encompass all species in South America, and, in some cases, to include terrestrial species of orders that include both terrestrial and aquatic taxa. In no case is a taxonomic revision of any group undertaken, although recommendations for such revisions are included where appropriate, and the probable synonymy of nominal species still treated as valid in the literature is noted. Two different approaches will be employed according to the taxon being treated. For phylogenetic groups encompassing overwhelmingly or exclusively aquatic species, such as the orders Plecoptera and Ephemeroptera or the families Dytiscidae and Culicidae, keys are provided to distinguish all genera and species known to occur in South America. An effort has been made to include every identifiable species so that the user of the key can determine with reasonable certainty whether or not his specimen belongs to a species that has already been described or whether it is one that is not yet known to science. Where feasible, complete keys will be prepared for groups containing both aquatic and terrestrial species that do not encompass an extraordinarily large number of species. This has already been done for the order Collembola.