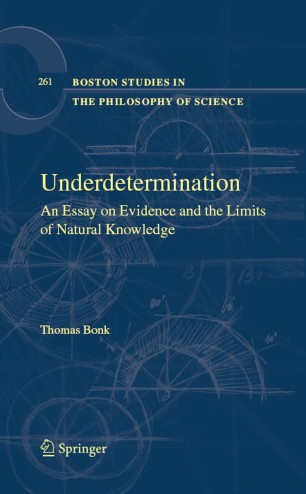 An Essay on Evidence and the Limits of Natural Knowledge

Part of the Boston Studies in the Philosophy of Science book series (BSPS, volume 261)

Underdetermination. An Essay on Evidence and the Limits of Natural Knowledge is a wide-ranging study of the thesis that scientific theories are systematically "underdetermined" by the data they account for. This much-debated thesis is a thorn in the side of scientific realists and methodologists of science alike and of late has been vigorously attacked. After analyzing the epistemological and ontological ascpects of the controversy in detail, and reviewing pertinent logical facts and selected scientific cases, Bonk carefully examines the merits of arguments for and against the thesis. Along the way, he investigates methodological proposals and recent theories of confirmation, which promise to discriminate among observationally equivalent theories on evidential grounds. He explores sympathetically but critically W.V.Quine and H.Putnam’s arguments for the thesis, the relationship between indeterminacy and underdetermination, and possibilities for a conventionalist solution. This book is of interest to anyone working in philosophy of science, and to those interested in the philosophy of Quine.