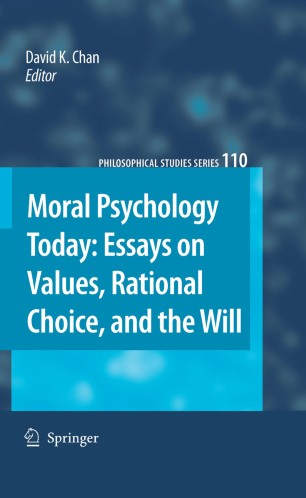 Essays on Values, Rational Choice, and the Will

Each essay has been provided with its own list of references, and all essays are carefully introduced by the editor and organized thematically. Many of the ideas are introduced here in published form for the first time by an international cast of established and up-and-coming philosophers. Because of its breadth and topicality, this book will benefit professional philosophers grappling with the important questions that are addressed here, and also philosophy students approaching moral psychology for the first time in a graduate or upper undergraduate class who need an up-to-date and wide-ranging approach to the subject.

This is a book that will make an invaluable contribution to philosophical debate for many years to come.