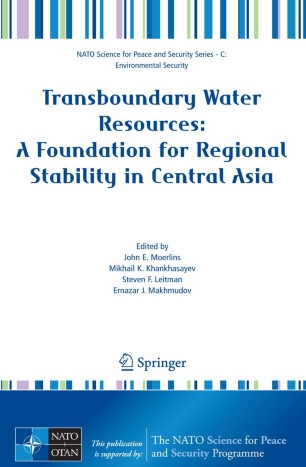 “Human history becomes more and more a race between education and catastrophe.”

Despite a growing awareness of the importance of freshwater, human actions continue to degrade the freshwater ecosystems upon which we depend. Most regions of the world face serious impending problems related to the availability and efficient/equitable distribution of freshwater – these problems become exacerbated when both surface water and groundwater flows between and among multiple countries.

As populations grow and the overall demand for water increases, the various and often competing demands for the finite stock of freshwater will increase. These shortages can lead to ecological/resource inefficiencies, economic/industrial problems, degradation of human health, social instability, and even conflict. The Central Asian republics and neighboring countries are currently experiencing these problems - problems that will become exacerbated by global climate change, increasing population and growing demands for water.

In response to these growing concerns, on 20-22 June 2006, a NATO-sponsored Advanced Research Workshop (ARW) was organized in Almaty, Kazakhstan entitled, “Facilitating Regional Security in Central Asia through Improved Management of Transboundary Water Basin Resources”. This scientific meeting convened leading environmental experts from Central Asia, the Caucasus and from NATO member countries to address the myriad of issues involving shared freshwater among the countries in this region. Issues involving ecology, law, economics, politics, water policy and integrated water management were discussed and evaluated. Against the backdrop of the widely known Aral Sea problem, these leading experts addressed a wide variety of current and emerging issues related to transboundary water management.