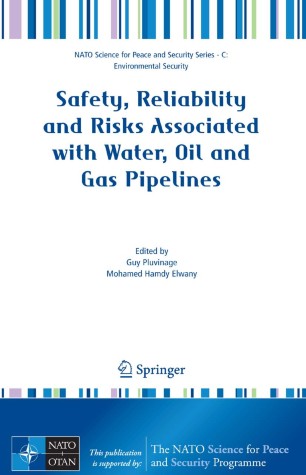 Pipes are of major importance for transport of liquids and gas mainly for water, natural gas and oil. The total length of gas pipes in the world is estimated at one million kilometres for gas transport (pipes with a diameter of 80 to 1000 mm). Pipelines remain the least expensive transcontinental mean of transport compared to rail-bound or terrestrial transport. It has become increasingly paramount to ensure the safe utilisation of such plant in order to prevent economical, social and ecological losses. From a technical point of view, pipelines are complicated three dimensional structures that include straight pipes, nozzles, pipe-bends, dissimilar welded joints, etc. In addition, their operating conditions can be quite severe, that is, internal pressure and cyclic loading (vibration) combined with the influence of internal and external corrosive environments. The external defects, e.g., corrosion defects, gouge, foreign object scratches, and pipeline erection activities are major failure reasons of gas pipelines. All these types of defects and associated failure are described.

Leak and fracture of pipes is assumed to be done by initiation and propagation of defect and final failure when defect has reached a critical length.

In this book, the three two major defect assessment tools for pipes are presented :

i) the failure assessment diagram and particularly the SINTAP procedure,

Methods of defect repair are based on investigation findings. Methods such as welded sleeve, repair clamp composite sleeve, grinding, pipe replacement are described.