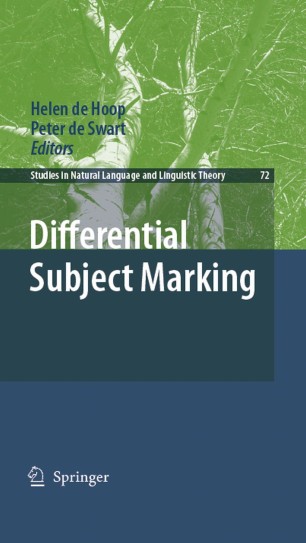 Although (almost) all sentences have subjects, not all sentences encode their subjects in the same way. Some languages overtly mark some subjects, but not others, depending on certain features of the subject argument or the sentence in which the subject figures. This phenomenon is known as Differential Subject Marking (DSM). Languages differ in which conditions govern DSM. Some languages differentiate their subjects on the basis of semantic features of the argument such as thematic role, volitionality, animacy, whereas others differentiate on the basis of clausal features such as tense/aspect and the main/dependent clause distinction. DSM comes in different formal guises: case marking, agreement, inverse systems, and voice alternations.

Relatively much is known about cross-linguistic variation in the marking of subjects, yet little attempt has been made to formalize the facts. This volume aims to unify formal approaches to language and presents both specific case studies of DSM and theoretical approaches.