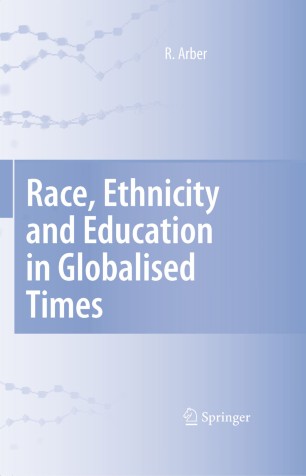 This book broaches what has become a ‘noisy silence’ whereby conversations about race and ethnic relationships are understood as unbalanced, irrelevant or as too dangerous to speak about. It is concerned with the ways that race and ethnic relationships are spoken about in contemporary western societies such as Australia and the changed and confused debates that underpin those discussions. Parents and teachers at one State secondary school in Melbourne, Australia speak about race and ethnic relationships as their school community is increasingly altered by globalising, technological and population change. Newspapers and public policy debates avoid discussions about race relationships even as discussions about national identity and direction are crucial themes. This book argues that race and ethnic relationships must be understood in new ways; that the analytical frameworks provided by constructivist thought and post-colonial writing must be interrogated to provide more comprehensive methodological resources to examine these relationships. Recent events, such as attacks on New York, Madrid and London, and riots in Paris and Sydney, suggest that the social world as we know it has changed. The new sense of danger which has emerged in increasingly globalised times is the re-emergence of an other identity which is no longer easily identifiable as inside or outside of who-we-are. That they could be anyone-of-us, even as their presence as an-other is made concretely and terrifyingly real, adds a new and frightening overlay to the discussion of contemporary race and ethnic relations.

"This book works on so many different levels - as a research narrative; as a story of the policy of multiculturalism in Australia; as an account of a struggle to interpret cultural differences; as an ethnography of a school dealing with profound demographic changes; and as an interpretation of how change occurs and re-shapes not only people but also institutions."

Fazal Rizvi, Professor in Educational Policy Studies at the University of Illinois at Urbana-Champaign, USA