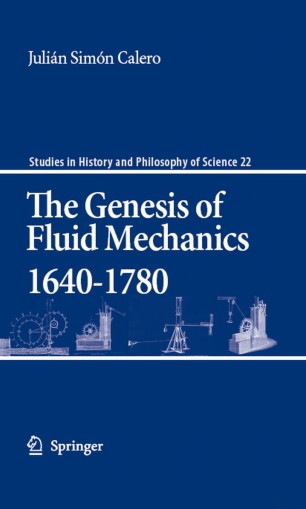 Part of the Studies in History and Philosophy of Science book series (AUST, volume 22)

Fluid Mechanics, as a scientific discipline in a modern sense, was established between the last third of the 17th century and the first half of the 18th one. This book analyses its genesis, following its evolution along two basic lines of research, which have been named the "problem of resistance" and the "problem of discharge". This approach highlights the existence of a remarkable experimental aspect in the aforementioned research lines, together with their link with problems of a practical nature, such as ballistics, hydraulics, fluid-using machines or naval theory. On the other hand, although previous studies usually present fluid mechanics from the point of view of mathematics, this is complemented here by an engineering viewpoint; gathering attempts made in the beginnings of fluid mechanics to see if the theory was capable of productive application in practical terms. This is nothing unusual in a time where the quality of knowledge and skill is measured largely by its usefulness.