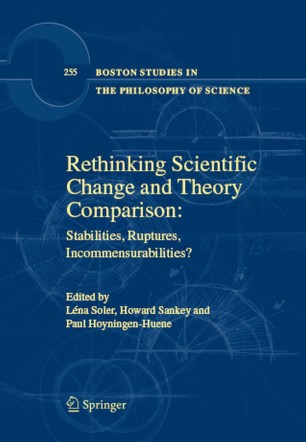 Part of the Boston Studies in the Philosophy of Science book series (BSPS, volume 255)

The volume is a collection of essays devoted to the analysis of scientific change and stability. It explores the balance and tension that exists between commensurability and continuity on the one hand, and incommensurability and discontinuity on the other. And it discusses some central epistemological consequences regarding the nature of scientific progress, rationality and realism. In relation to these topics, it investigates a number of new avenues and revisits some familiar issues, with a focus on the history and philosophy of physics, and an emphasis on developments in cognitive sciences as well as on the claims of "new experimentalists".

The book is constituted of fully revised versions of papers which were originally presented at the international colloquium held at the University of Nancy, France, in June 2004. Each paper is followed by a critical commentary. The conference was a striking example of the sort of genuine dialogue that can take place between philosophers of science, historians of science and scientists who come from different traditions and endorse opposing commitments. This is one of the attractions of the volume.