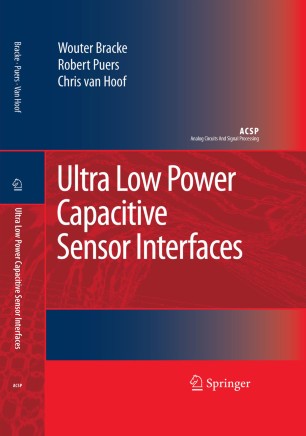 An increasing number of medical diagnostics, comfort, entertainment, and sports applications are making use of capacitive sensor systems in and around the body. These sensor systems should work as small distributed units that can collect data over a long period of time. So, ultra low power electronics are a major challenge in these applications.

The book starts with an overview on the most important design aspects for autonomous sensor systems. The different building blocks are discussed and the modular architecture for the generic sensor interface chip is presented. Furthermore, the design of the analog components, such as capacitance-to-voltage converters, switched capacitor amplifier, Sigma Delta modulator, oscillators and reference circuits, is described in more detail. Finally, the generic sensor interface chip is applied in several state-of-the-art pressure sensor and accelerometer applications.

Ultra Low Power Capacitive Sensor Interfaces is essential reading for anybody with an academic or professional interest in semiconductor design.