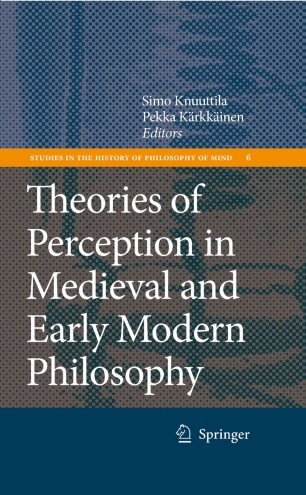 Theories of Perception in Medieval and Early Modern Philosophy

Part of the Studies in the History of Philosophy of Mind book series (SHPM, volume 6)

The aim of this collection is to shed light on the developments in the theories of sense-perception in medieval Arabic and Latin philosophy, their ancient background and traditional and new themes in early modern thought. Particular attention is paid to the philosophically significant parts of the theories. The articles concentrate on the so-called external senses and related themes. Many of the central ideas are discussed, although the collection is also meant to shed light on less studied subjects.