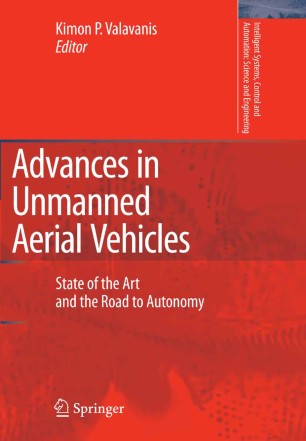 State of the Art and the Road to Autonomy

Unmanned Aerial Vehicles (UAVs) have seen unprecedented levels of growth in military and civilian application domains. Fixed-wing aircraft, heavier or lighter than air, rotary-wing (rotorcraft, helicopters), vertical take-off and landing (VTOL) unmanned vehicles are being increasingly used in military and civilian domains for surveillance, reconnaissance, mapping, cartography, border patrol, inspection, homeland security, search and rescue, fire detection, agricultural imaging, traffic monitoring, to name just a few application domains. When initially introduced during World War I, UAVs were criticized heavily as being unreliable and inaccurate, and only a handful of people recognized at that early stage their potential and (future) impact on cha- ing the battlefield. To nobody’s surprise, about a century later, the total market for UAVs will reach within a few years more than $16 billion, with the US Depa- ment of Defense (DOD) being the champion in funding initiatives, - search and development, as well as procurement. Europe, as a continent, is a very distant second player, expected to spend about €2 billion in research and development, and procurement.