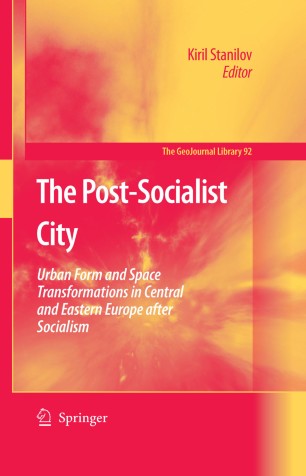 Part of the The GeoJournal Library book series (GEJL, volume 92)

In the large body of literature produced during the last fifteen years on the transformation of Eastern European societies after the fall of communism, studies investigating changes in urban form and structure have been quite rare. Yet a profound reorganization of the manner in which urban space is appropriated has taken place, impacting the life of over 200 million urban residents in the region. The patterns of spatial organization, which have been established during this fairly limited but critical timeframe, are likely to set the direction of future urban development in CEE cities for a long time.

This book focuses on the spatial transformations in the most dynamically evolving urban areas of post-socialist Central and Eastern Europe, linking the restructuring of the built environment with the underlying processes and forces of socio-economic reforms. We hope that the detailed accounts of the spatial transformations in a key moment of urban history in the region will enhance our understanding of the linkages between society and space, adding to the knowledge that is needed for resolving the difficult challenges facing cities throughout the globe in the beginning of the twenty-first century.