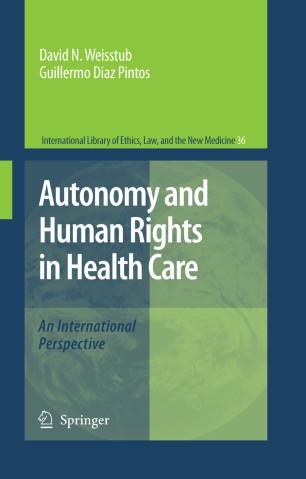 Part of the International Library Of Ethics, Law, and the New Medicine book series (LIME, volume 36)

Autonomy and Human Rights in Healthcare: An International Perspective is a group of essays published in memory of David Thomasma, one of the leading humanists in the field of bioethics during the twentieth century. A pioneer in the field of multidisciplinary research, having integrated major theological and philosophical traditions in the west with modern science, Thomasma was a role model to the authors who have devoted essays to his major avenues of inquiry. The authors represent many different countries and disciplines throughout the globe. The volume deals with the pressing issue of how to ground a universal bioethics in the context of the conflicted world of combative cultures and perspectives.