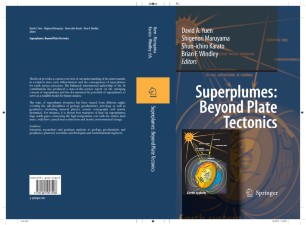 This book provides a concise overview of our understanding of the entire mantle, its evolution since early differentiation and the consequences of superplumes for earth surface processes. The balanced, international authorship of the 18 contributions has produced a state-of-the-science report on the emerging concept of superplumes and has documented the potential of superplumes to serve as a testable model for future studies.

The topic of superplume dynamics has been treated from different angles covering the sub-disciplines of geology, geochemistry, petrology as well as geophysics (including mineral physics, seismic tomography and mantle dynamics). For instance, it is shown how transport of heat via superplumes, huge stable pipes connecting the high-temperature core with the surface land mass, could have caused mass extinctions and drastic environmental change.