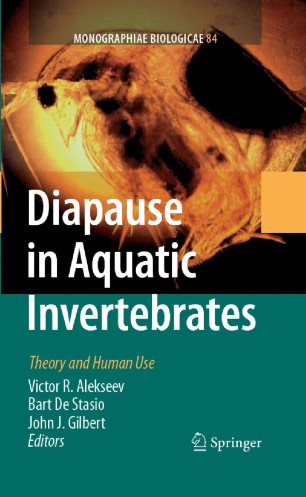 Diapause in Aquatic Invertebrates Theory and Human Use

Dormancy is a suspension of the vital functions in an organism to overcome harsh environmental conditions, and sometimes can last for centuries. It is a widespread adaptation in many phyla, ranging from bacteria to vertebrates, and may exert a great influence on aquatic communities.

Contributors to this new book are leaders in the field of diapause studies, and many authors were participants at a recent workshop on diapause in aquatic invertebrates (Pallanza, Italy 2003). The book consists of two major parts, as indicated in its title: Phenomenology of diapause and significance of this adaptation in scientific and practical uses. Application to newly developing areas such as cultivation of live food, like rotifers or Artemia, in modern aquaculture is covered, as are aspects of diapause that promote the colonization of new environments by facilitating the passive transport of resting stages of invasive species. Creation of artificial ecosystems outside of the Earth’s biosphere using dormant propagules becomes an actual possibility as humankind develops plans to colonize our nearest planets. Also, studies on the vertical distribution of resting stages in undisturbed sediment cores yield important ecological and evolutionary information useful in investigations of past environments.

Throughout the book properties of diapause and individual peculiarities of this ancient and well-developed adaptive phenomenon are regarded in evolutionarily distant groups such as Rotifers, Crustaceans and Insects.

Victor R. Alekseev, Research Professor, Head of Taxonomy department, Zoological Institute of The Russain Academy of Sciences, the author of the first monograph on diapause in Crustaceans (1990, Nauka Academic Publishers, Moscow), the organiser of the First International Symposium on Diapause in Crustaceans (September 1994, St. Petersburg, Russia) and Workshop on Diapause in Aquatic Animals (October 2003, Palanza, Italy, together with professor Oscar Ravera and Dr. Riccardo diBernardi).

"The best-defined types of dormancy are diapause and quiescence. These two remarkable abilities are discussed in the new book Diapause in Aquatic Invertebrates … . The book written by 20 authors, examines the current state of knowledge over 14 chapters and two major parts. … All in all, the book is the best available on the phenomenon of diapause. … This interesting volume … has something to say about the nature of life." (Ralph Schill, Lab Times, Issue 2, 2008)