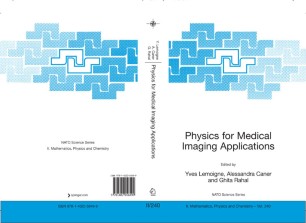 The Nato Advanced Study Institute ASI 981171 was organised at the European Scientific Institute of Archamps (ESI , Archamps France) from October 26 to November 8, 2005. Everyy ear in autumn ESI organises the European School of Medical Physics, which covers a large spectrum of topics, ranging from Medical Imaging to Radiotherapy, over a period of five weeks. Thanks to the Cooperative Science and Technologys ub programme of th e NATO Science Division, the first two weeks were replaced this year by the ASI course dedicated to “Optimising Detectors, Imaging & Computing Technologies from Nuclear Physics in General to Secur ity Applications”. This allowed the participation of experts and students fr om 20 different countries, with diverse cultural background and professional experience (Africa, America, Asia, and Europe). A further positive outcome of NATO ASI participation is the publication of this book, which contains the lectures series contributed by speakers during the ASI weeks. We hope it will be a reference book in Medical Imaging, addressing an audience of young medical physicists everywhere in the world, who are wishing to review the physics foundations of the relevant technologies, catch up with the state of the art and look ahead into future developments in their field. The ASI course was structured in two pa rts, defined by the use or absence of ionising radiation in the medical imaging techniques of interest.