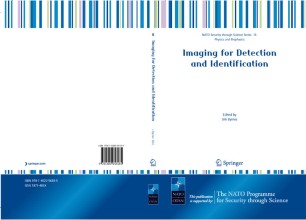 Imaging for Detection and Identification

The chapters in this volume were presented at the July–August 2006 NATO Advanced Study Institute on Imaging for Detection and Identi?cation. The conference was held at the beautiful Il Ciocco resort near Lucca, in the glo- ous Tuscany region of northern Italy. For the eighth time we gathered at this idyllicspottoexploreandextendthereciprocitybetweenmathematicsand- gineering. The dynamic interaction between world-renowned scientists from the usually disparate communities of pure mathematicians and applied sci- tists which occurred at our seven previous ASI’s continued at this meeting. The fusion of basic ideas in mathematics, radar, sonar, biology, and ch- istry with ongoing improvements in hardware and computation offers the promise of much more sophisticated and accurate detection and identi?cation capabilities than currently exist. Coupled with the dramatic rise in the need for surveillance in innumerable aspects of our daily lives, brought about by hostile acts deemed unimaginable only a few short years ago, the time is ripe for image processing scientists in these usually diverse ?elds to join together in a concerted effort to combat the new brands of terrorism. This ASI was one important initial step.