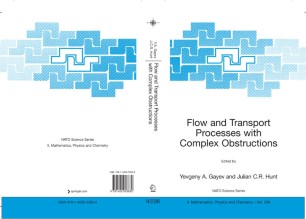 The NATO Advanced Study Institute “Flow and Transport Processes in Complex - structed Geometries: from cities and vegetative canopies to engineering problems” was held in Kyiv, Ukraine in the period of May 4 - 15, 2004. This book based on the papers presented there provides an overview of this new area in ?uid mechanics and its app- cations that have developed over the past three decades. The subject, whose origins lie both in theory and in practice, is now rapidly developing in many directions. The focus of applied ?uid mechanics research has steadily been shifting from - gineering to environmental applications. In both ?elds there has been great interest in the study of ?ows around obstacles; initially single isolated obstacles, and then groups, together with the e?ects of nearby resistive surfaces, such as the walls of a pipe, the ground or a free surface in hydraulics. Simpli?ed theoretical analysis began with studies of axisymmetric and cylind- cal free-mounted bodies. However other methods had to be used for quantifying the complete ?ow ?elds past arbitrary blu? bodies, either by using experiments or, when powerful computers became available, by direct calculation and solution of the full equations of ?uid dynamics. In most practical cases the Reynolds numbers are too large to compute all the small scale eddy motions which therefore have to be described statistically.