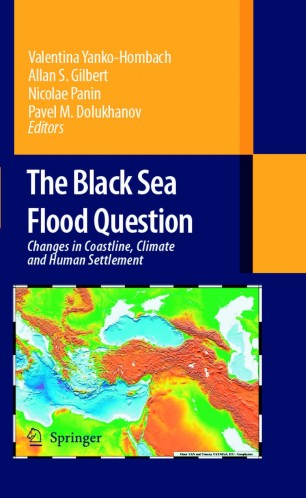 Stimulated by "Noah’s Flood Hypothesis" proposed by W. Ryan and W. Pitman in which a catastrophic inundation of the Pontic basin was linked to the biblical story, leading experts in Black Sea research (including oceanography, marine geology, paleoclimate, paleoenvironment, archaeology, and linguistic spread) provide overviews of their data and interpretations obtained through empirical scientific approaches. Among the contributors are many East European scientists whose work has rarely been published outside of Cyrillic. Each of the 35 papers marshals its own evidence for or against the flood hypothesis. No summary or overall resolution to the flood question is presented, but instead access is provided to a broad range of interdisciplinary information that crosses previously impenetrable language barriers so that new work in the region can proceed with the benefit of a wider frame of reference. The three fundamental scenarios describing the late glacial to Holocene rise in the level of the Black Sea—catastrophic, gradual, and oscillating—are presented in the early pages, with the succeeding papers organized by geographic sector: northern (Ukraine), western (Moldova, Romania, and Bulgaria), southern (Turkey), and eastern (Georgia and Russia), as well as three papers on the Mediterranean. The volume thus brings together eastern and western scholarship to share research findings and perspectives on a controversial subject. In addition, appendices are included containing some 600 radiocarbon dates from the Pontic region obtained by USSR and western laboratories.