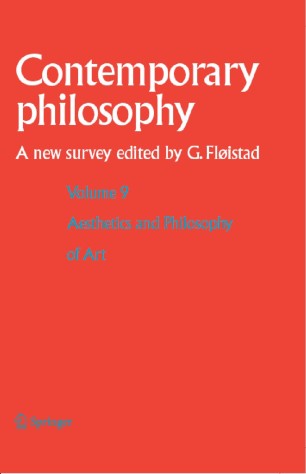 Aesthetics and Philosophy of Art

The present volume is a continuation of the series Contemporary Philosophy (International Institute of Philosophy). As with the earlier volumes in the series, the present chronicles purport to give a survey of significant trends in contemporary philosophy.