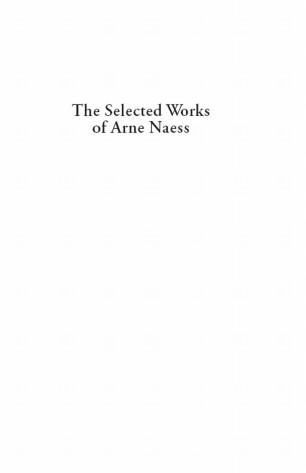 The Selected Works of Arne Naess

Arne Naess is considered one of the most important philosophers of the twentieth century. He has been a tremendously prolific author, yet his works as a whole have remained largely unavailable – until now. Springer made available for the first time, a definitive 10-volume collection of Arne Naess’s life’s works: The Selected Works of Arne Naess.

The Selected Works of Arne Naess (SWAN) presents a major overview of Arne Naess’s thinking and provides an extensive collection of this prolific philosopher’s principal writings. Some of Naess’s most important publications have never before been available in English. Many others are out of print. Often, his papers were published in obscure and inaccessible journals. And because Naess has been so prolific, many of his most important papers still remain unpublished. The publication of SWAN makes Naess’s work more fully accessible to scholars, students, and critics alike.