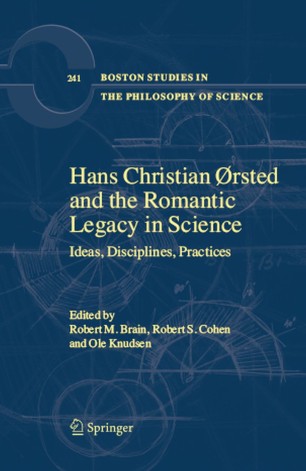 Hans Christian Ørsted And The Romantic Legacy In Science

Part of the Boston Studies In The Philosophy Of Science book series (BSPS, volume 241)

This volume owes its origin to the perception of a puzzling paradox. Hans Christian Ørsted, the great Danish scientist and philosopher, was one of the founders of modern physics through his experimental discovery in 1820 of the interaction of electricity and magnetism—a key step and model for the further unification of the forces of nature. Followers such as Maxwell and Einstein were, and today searchers worldwide are, enchanted by the hope for a completion of that grand program. In addition to Ørsted’s discovery of electromagnetism, his work in science included other fields, chiefly high-pressure physics and acoustics. Moreover, he belonged to that fascinating group of seekers who were deeply engaged in the Romantic tradition of the Nature Philosophers, influenced by Immanuel Kant and by religious, literary, and aesthetic currents. The scientific and philosophical speculations by Ørsted and his circle also quickly stimulated the imagination of other philosophers and scientists. Among the latter were prominently André-Marie Ampère and Michael Faraday, whose work launched the transformation of civilization often called the Second Ind- trial Revolution, based on the invention of motors, generators, and the pervasi- ness of electricity in modern life.