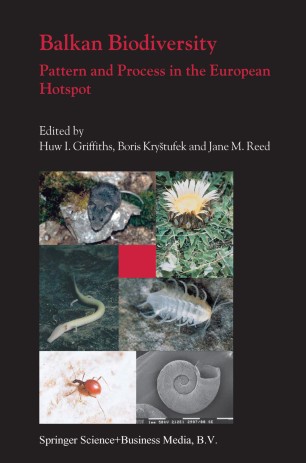 Pattern and Process in the European Hotspot

Balkan Biodiversity is the first attempt to synthesise our current understanding of biodiversity in the great European hot spot. The conservation of biodiversity is one of today’s great ecological challenges but Balkan biodiversity is still poorly understood, in a region with complex physical geography and a long history of political conflict. The Balkans exhibit outstanding levels of endemism, particularly in caves and ancient lakes such as Ohrid; lying at the crossroads of Europe and Asia they are also renowned as a focus of Pleistocene glacial refugia. This volume unites a diverse group of international researchers for the first time. Its interdisciplinary approach gives a broad perspective on biodiversity at the level of the gene, species and ecosystem, including contributions on temporal change. Biological groups include plants, mammals, spiders and humans, cave-dwelling organisms, fish, aquatic invertebrates and algae. The book should be read by zoologists, botanists, speleobiologists, palaeoecologists, palaeolimnologists and environmental scientists.