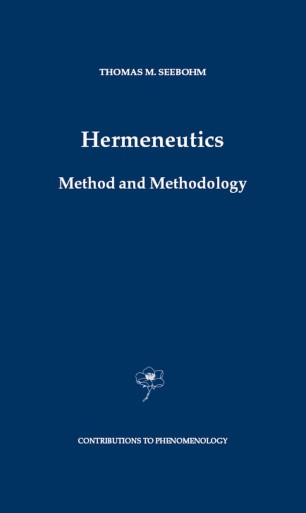 Part of the Contributions to Phenomenology book series (CTPH, volume 50)

The goal of the investigation is a phenomenological theory of the methods and later the methodology of the human sciences, first of all the philological interpretation of texts. The first part is a critical reflection on the historical development of hermeneutics as method of interpreting texts and the tradition including the first steps toward the emergence of scientific methodological hermeneutics. Such reflections show that the development of hermeneutics is onesidedly founded in the development of hermeneutical consciousness, i.e. the changing attitudes in the application and rejection of cultural traditions. All methods and finally methodologies are onesidedly founded in the activities of the lifeworld. The second part is a first attempt to develop an outline of a general phenomenological theory of pre-methodical and methodical understanding in the lifeworld. The third part offers a critical phenomenologically guided analysis of methodological hermeneutics.