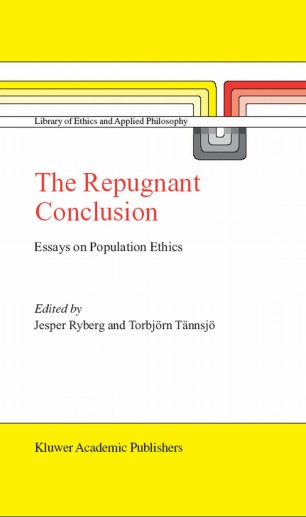 Part of the Library Of Ethics And Applied Philosophy book series (LOET, volume 15)

This book is a must for (moral) philosophers with an interest in population ethics.

From a pre-publication review:
"The strongest quality of this manuscript is that a very important problem in theoretical ethics gets a thorough treatment from different angles and by highly qualified authors. [...] it is very readable and suggestive. The introduction ties the contributions together in an instructive way and the various contributions are arranged in a logical way. Furthermore, the contributions all seem to take part in the same discussion and seem to be aware of each other. This gives freshness to the book. [...] the contributions are imaginative and pedagogical."
Buy options