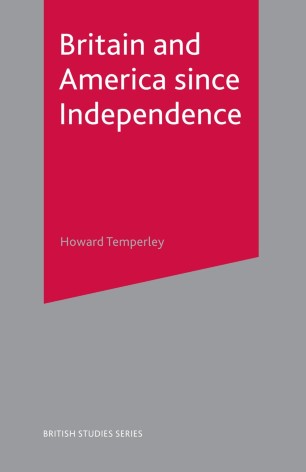 Britain and America since Independence

When the War of Independence ended in 1783, many doubted the ability of Americans to build a nation. Today the United States occupies a position comparable to that of Britain at the zenith of its power.

Britain and America since Independence deals with Anglo-American relations in the widest sense. It shows how the transfer of hegemony from the British Empire to the United States affected the way Britons and Americans viewed one another, and its effect on the evolving social, economic and political connections between the two countries.

Inspite of political separation, geographical distance, and intermittent periods of hostility, the British have never regarded Americans as 'foreigners'. Americans, in turn, have looked to Britain as the source of their language and culture. Nevertheless, as Howard Temperley shows in this far-ranging study of the two societies, these affinities have often given rise to misunderstanding and confusion - as in the current conflict between Britain's allegiance to the 'special relationship', and America's belief that the future of Britain lies in Europe.