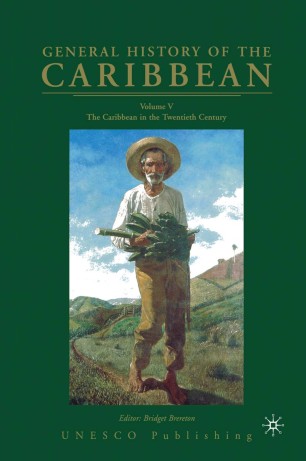 General History of the Caribbean

Volume V: The Caribbean in the Twentieth Century

Volume 5 provides an account and interpretation of the historical development of the region from around 1930 to the end of the twentieth century. Its wide ranging study of the economic, political, religious, social and cultural history of this period brings the series to the authorial present. Highlights include the 'turbulent thirties;' decolonization; the 'turn to the left' made in the 1970s by anglophone Caribbean countries; the Castro Revolution; and changes in social and demographic structures, including ethnicity and race consciousness and the role and status of women.