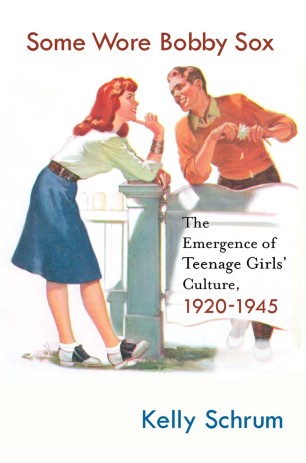 Part of the Girls’ History and Culture book series (GHC)

Images of teenage girls in poodle skirts dominated American popular culture on the 1950's. But as Kelly Schrum shows, teenage girls were swooning over pop idols and using their allowances to buy the latest fashions well beforehand. After World War I, a teenage identity arose in the US, as well as a consumer culture geared toward it. From fashion and beauty to music and movies, high school girls both consumed and influenced what manufacturers, marketers, and retailers offered to them. Examining both national trends and individual lives, Schrum looks at the relationship between the power of consumer culture and the ability of girls to selectively accept, reject, and appropriate consumer goods. Lavishly illustrated with images from advertisements, catalogs, and high school year books, Some Wore Bobby Sox is a unique and fascinating cultural history of teenage girl culture in the middle of the century.